Presentation of the RISK Report in Tromsø, Northern Norway 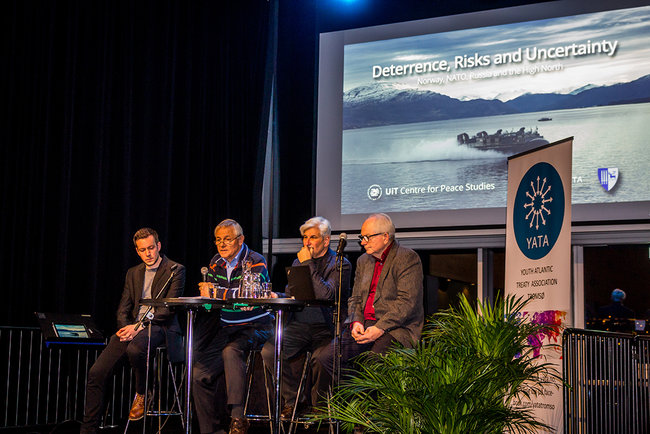 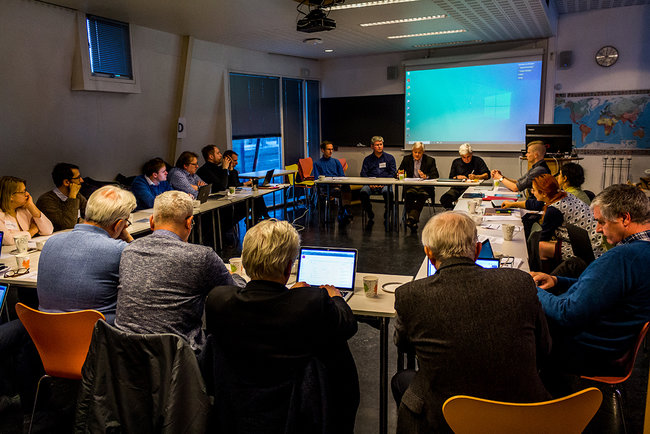 At the end of November, the RISK study “Reducing the Risks of Conventional Deterrence: Arms Control in the NATO-Russia Contact Zones” was presented on two occasions in Tromsø, Northern Norway.
During a public panel debate on 20 November, Hans-Joachim Schmidt (PRIF), Philip Remler (Carnegie Endowment for International Peace), and Torgeir E. Fjærtoft, former Senior Advisor at the Ministry of Foreign Affairs in Oslo, presented the main findings of the report. They discussed the possible implications of these findings for current Norwegian-Russian defense relations and reflected on how Norwegian-Russian experiences from the Cold War might contribute to greater peace and stability in Europe today. The event was co-organized by the Centre for Peace Studies at the Arctic University of Norway in Tromsø, UTSYN – Forum for Utenriks og Sikkerhet, the Youth Atlantic Treaty Association (YATA) of Norway, and Tromsø Militære Samfunn.

From 21 to 22 November, the authors of the report also presented its findings in the context of a workshop at the Arctic University of Norway in Tromsø, discussing interconnected security issues in the Barents, Baltic and Black Sea regions. The workshop was attended by around 25 researchers from Norway, Sweden, Denmark, Finland, Germany, Bulgaria and Ukraine.

The starting point of the RISK study is the realization that the dominant military risk in Europe is no longer wide-ranging offensive action on a continental scale but the “eventuality of cross-border offensive operations in sensitive areas where Russian and NATO armed forces may directly engage with each other,” which is “particularly acute in the Baltic and Black Sea areas.” The report addresses the most dangerous aspects of using arms control elements to contain the risks of potentially escalating crises in Europe.